Almost all Australians have some form of plaque build up

30% of Australians die from heart attack


Coronary artery disease is the clogging or blockage of the coronary arteries caused by atherosclerosis.
High cholesterol diets, lack of exercise or your genetics can cause cholesterol to build up in the arteries. 52 Australians die each day from heart attack.
What if we could simply melt the plaque away?


This can be reversed


In 2016 a team of scientists from Germany's Bonn University discovered a new compound that reduced plaque in mice by over 40% in as little as 4 weeks.

The new cyclodextrin compound (CAVADEX®) was also tested on human plaque and they discovered it affected the plaque in a similar way.

Link to the published article


CAVADEX® was administered to our first patient in our Melbourne clinic in April 2019 and within 4 weeks the plaque was significantly reduced!

CAVADEX® circulates around the cardiovascular system removing built up cholesterol and plaque resulting in significant plaque reduction in as little as 4 weeks.

CAVADEX® is absorbed via intravenous application, as an enema and now as a low absorption tablet.

our Melbourne clinic is now open

Our new clinic in Melbourne is at the leading edge of cyclodextrin research for the treatment of heart disease and the prevention and reduction of arterial plaque. 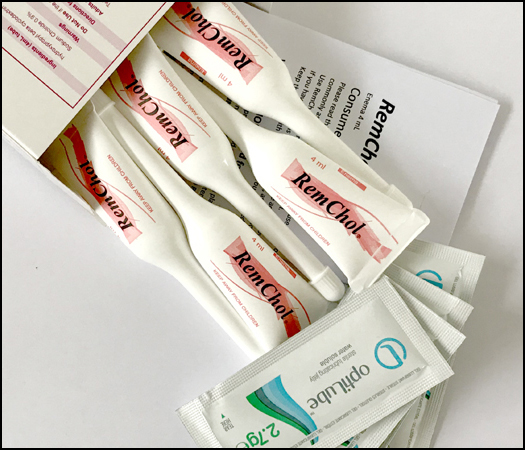 Regular low doses of CAVADEX® can have a significant effect on plaque build up.


"Cyclodextrin reprogrammed the cells in plaques, leading to increased transport of the dissolved cholesterol away from the plaques..."

sciencedaily.com : Drug used for rare disease may be able to treat heart disease.


"Soaked up cholesterol and removed it..."


"have the potential in lowering deaths caused by atherosclerosis..."

ntnu.co : Can a sugar treat atherosclerosis?


"can actually solubilize cholesterol and dissolve the plaques..."


"Alzheimer disease"
A study on the effects of HP-B-CD in transgenic mice with Alzheimer disease showed a dramatic reduction in symptoms and significantly improved spatial learning and memory deficits in mice. The study concluded HP-B-CD could be a novel therapeutic strategy for Alzheimer disease.

"Improved eyesight"
Lipofuscin accumulation in the retinal pigment epithelium is a hallmark of aging. A study was done on the effects of cyclodextrin and found that the beta-cyclodextrin can bind retinal lipofuscin, prevent its oxidation and remove it.
Cholrem patients have also reported improved vision after treatments of CAVADEX&reg.